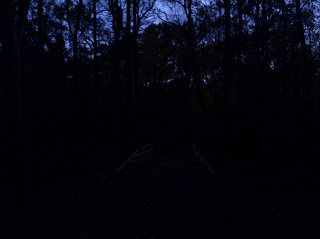 Due to a combination of mis-communication with Crisp about picking him up after Robotics Club and a strange lack of cell phone reception in Rye today, I'm much later than I wanted to be and it's almost dark. Cool moon though and 58F.