Chillin' in the woods 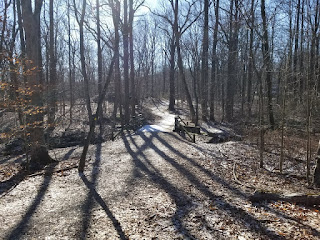 Wow it's cold! 9F right now but feels like -4F, and that's well up from the 1F feeling like -14F it was at 7 am this morning.
But the dogs gotta get walked (and so have I), so the regular loop at a brisk pace. And with the added confidence of the Whistle I even let Faith off leash for some of it and she did spectacularly well :)
Just listening to the ice crunch under my feet.
Posted by crispian at 11:44 AM No comments: 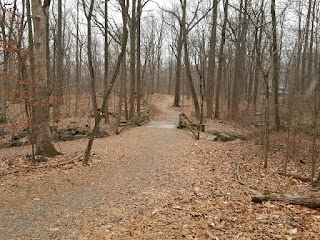 Two walks today, we were at the beach first thing this morning, as I have no idea what tomorrow will bring so I thought I'd take the opportunity as I had a little time :)

This is also an opportunity to test out Faith's now GPS tracker, I'll put a little note about that on the other blog...

No music or book, just enjoying the wind and paying attention to the dogs.
Posted by crispian at 3:40 PM No comments: 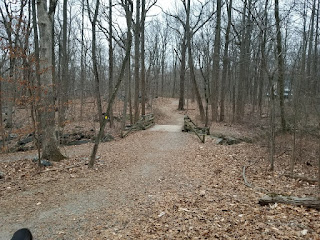 Alternating with the beach, so today we're in the woods :)
Cool and overcast, 26F.
The tale of Sir Marhouse.
Posted by crispian at 7:41 AM No comments: 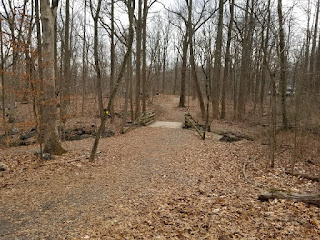 Back in the woods after a couple of days at the beach. Cool and great, 47F.
Listening to Hamilton.
Posted by crispian at 2:03 PM No comments:

No picture today as I was a little preoccupied.
This was Faith's 4th time coming to the woods, and she seems to love it, sniffing and checking everything out. I've had her on the long leash the shelter gave me as we haven't had a chance to do much about working on recall or anything (she does know sit and down already). Today was very rainy and warm and so we were just going to do the medium loop, and we were almost at the turn off when the text alert on my phone went off, and at the exact moment I changed hands Faith saw a squirrel and took off after it, pulling the leash out of my hands. I wasn't too worried until she disappeared from sight, and did not come back.
I followed after her, back the way we had come, calling and whistling, all the way back to the car, no sign. So I turned and went back, following our usual route, calling and whistling, in the hope that she remembered (from the one time she had done the full loop).
I finally got almost all the way round and was approaching the car park with all sorts of horrible thoughts running through my head- had she got out onto Mamaroneck Avenue, had the leash got caught round a tree as she was running at full tilt, either hurting her as it pulled her up or leaving her tied up somewhere off the trail where I would never find her. I was planning on getting back to the car and calling the shelter and admitting to them that I had lost her and hoping that she would be found and returned to them (she's microchipped and wearing a shelter collar tag) and wondering if there was any chance they'd give her back to me if she was.
I had seen no-one else in the woods because of the lousy weather but just before I got to the car park I saw a guy walking towards me and asked him if he'd seen a Border Collie with a red collar and a long, black leash, "Yes" he said, "there's one in the parking lot waiting next to a black car." And indeed there was, she was sitting next to the car with her leash caught under the tire (she must have circled the car, dragging it and jamming it there)!
I don't know who was happier to see whom, but there was much jumping and hugging and tail wagging!
So, all's well that ends well, and she's obviously smarter than most (if a little impulsive where squirrels are concerned). But you can be sure I'll be keeping a tight hold of that leash from now on until we've done some serious recall work!!!
Posted by crispian at 2:34 PM No comments: 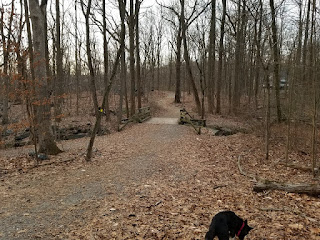 What a lovely morning, sunny, still and 31F :)
First time around the full loop for Faith.
Posted by crispian at 7:49 AM No comments: 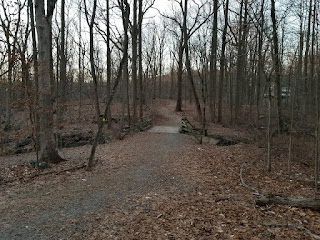 Much warmer ;) 14F, but there's so much less wind it's a huge difference!
Still no book or music as I'm talking to the girls as we get used to our routine :)
Posted by crispian at 7:23 AM No comments: 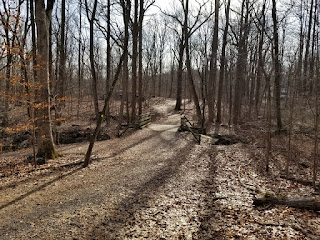 We didn't get here yesterday what with all the excitement of meeting Faith and bringing her home, so this is her first time here :)

No book or music as I'm paying attention to the girls, who are doing very well! 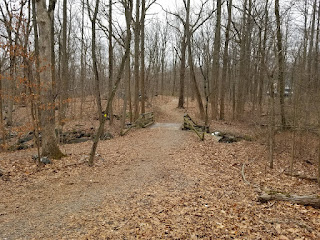 Cool and breezy and gray, 37F. Snow tonight, then rain tomorrow morning, and then the temperature falls off a cliff.

Listening to Loose Ends on Radio 4.
Posted by crispian at 1:27 PM No comments: 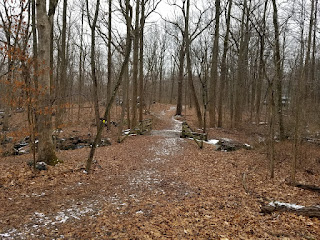 About an inch if snow last night, mostly gone now though, 37F and mostly cloudy.

Chatting with Crisp.
Posted by crispian at 2:19 PM No comments: 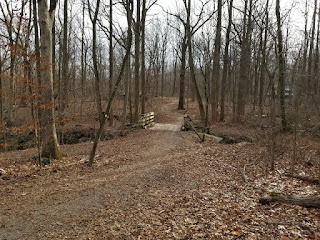 A nice enough day, some sunshine, a but windy and 31F. Depending on who you believe we're in for it this weekend though... lots of snow and then very cold.
Off on a quest and the perils of armour.
Posted by crispian at 2:23 PM No comments: 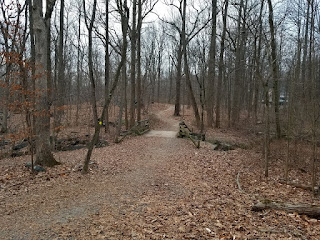 Chilly but still, 25F.
The tournament.
Posted by crispian at 7:57 AM No comments: 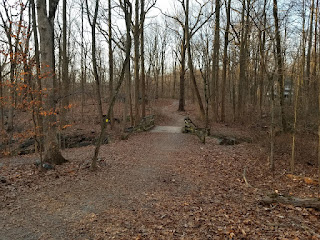 Bright and crisp and seasonal, 22F.
The eclipse.
Posted by crispian at 7:52 AM No comments: 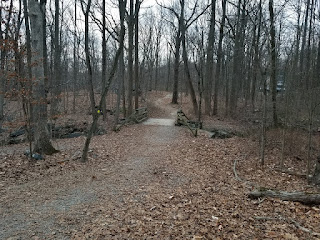 A nice, chilly morning, 20F.
Merlin's tale off the Lady of the Lake.
Posted by crispian at 7:43 AM No comments: 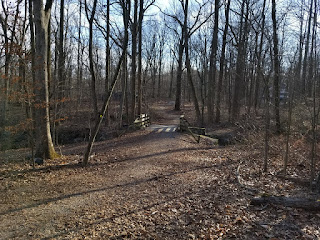 Brisk and clear and cold, 31F with a light breeze.
Just finished The Cruel Sea, so for a change of pace I'm starting Twain's A Connecticut Yankee in King Arthur's Court read by Nick Offerman. I've heard very good things about the way he reads Twain.
Posted by crispian at 2:47 PM No comments: 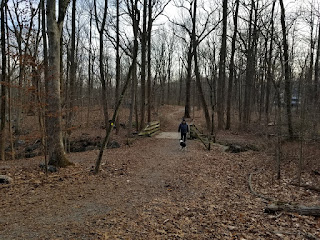 As it's not much (the ground is frozen solid) Jackie has joined us to get in some steps :)
Cold but still, 32F.
Posted by crispian at 3:13 PM No comments: 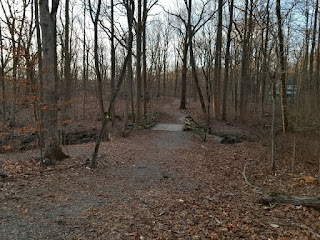 Bright and sunny and cold, 21F, but not quite as windy as yesterday.
The war is over.
Posted by crispian at 7:43 AM No comments: 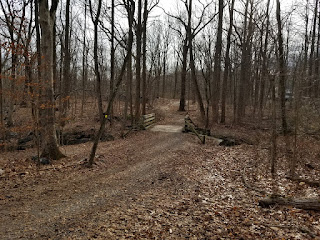 Colder and very windy, 33F but feels like 23F.
Chatting with Crisp about D&D, Brexit, the value of the pound, and various other topics :)
Posted by crispian at 1:16 PM No comments: 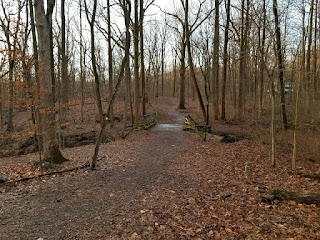 Crisp and bright, 40F but feels colder with the breeze.
Clean up day, all the decorations in the church will finally come down (a little late, but we left them up for the Epiphany celebrations).
D-Day.
Posted by crispian at 7:49 AM No comments: 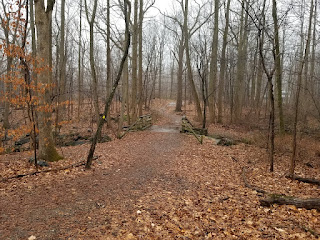 A mid-morning walk as I had to run around with a little ice-melter first thing this morning. But it's warmed up now, 40F.
Saltash refits in New York.
Posted by crispian at 11:29 AM No comments: 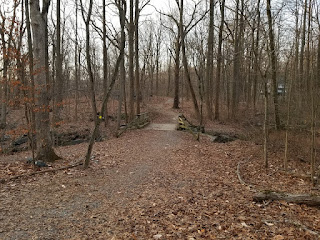 Brisk and chilly, 23F, but cheerful with the morning sun.
Saltash finally gets her U-boat.
Posted by crispian at 7:47 AM No comments: 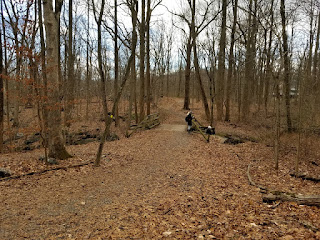 Cool and a threat of some more rain, 46F.
Busy in the woods today, random people on the bridge.
A storm on the return from Murmansk.
Posted by crispian at 2:19 PM No comments: 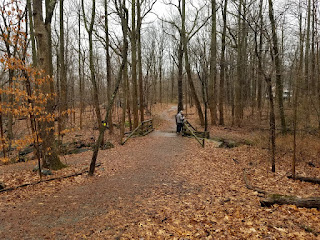 A brief break in the rain, but it'll start again soon enough, 44F.
Random teenagers on the bridge.
Lockhart falls in love.
Posted by crispian at 1:29 PM No comments:

Back to our morning routine... 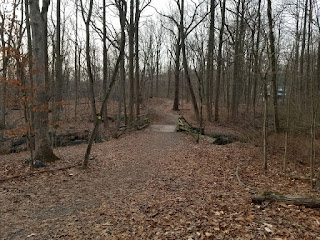 ...of walking before work. Cool and seasonal, 32F.
Saltash get to St. John's.
Posted by crispian at 7:55 AM No comments: 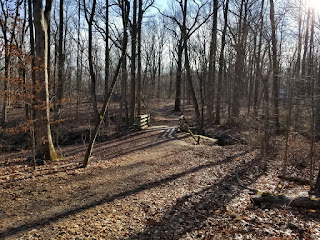 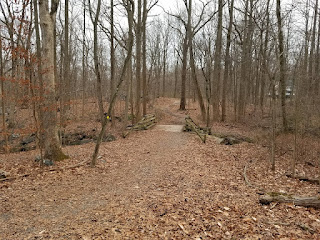 Cool and grey with a light breeze, 37F, and the possibility of a little snow tonight.
Just back from my yearly physical- all good :)
Ericsson and Lockhart meet in London.
Posted by crispian at 3:40 PM No comments: 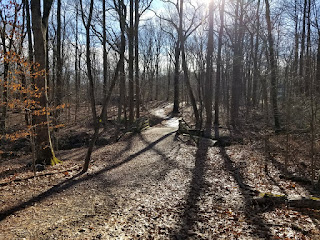 A crazy warm, sunny, windy day (57F) to stay the new year after all the rain last night :)
Compass Rose is sunk.
Posted by crispian at 12:36 PM No comments: