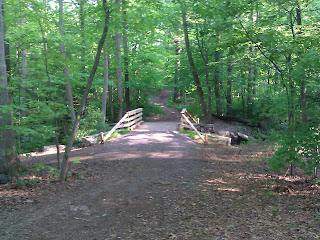 Just ran into an incredibly stupid woman with a German Shepherd that probably weighed twice what she did that she had absolutely no control over even though it was on a leash; and she had the nerve to yell at me that Holly (who was walking very nicely to heel next to me and had no interest in her dog whatsoever as I had a tennis ball in my hand) was not on a leash - "can you control your dog or mine will attack" - sheesh!  Some peoples is just dumb!